Instruments: Adapting the future of refraction

In comparison with most other areas of optometric assessment, the assessment of refractive error has changed surprisingly little for decades. While we have all got used to greater accuracy in fundus imaging (scanning laser technology, autofluorescence), anatomical measurement and monitoring (OCT), surface profiling (topography) and functional testing (electrodiagnosis and algorithm specified automated fields assessment), methods of refraction still rely on techniques using the presentation of lenses that differ by steps of 0.25 dioptres.

Certainly, the move from a trial frame to an automated phoropter head has improved the speed with which lenses can be presented, making subjective comparison easier. Digital control also allowed linkage with other instruments, such as the autorefractor or lens meter, again allowing excellent comparison demonstration and more efficient subjective refraction.

The measurement of such a wide range of aberrations and influences within any optical system is possible with improved computerised interpretation of the spread of light around the image of a dot. This dot spread can then be corrected by the calculation of the appropriate corrective power and this can be incorporated into the profile of the final corrective lens.

Clinical refraction, where objective data (whether from retinoscopy, autorefraction or even aberrometry) refines a subject refraction using a solid-state lens system to arrive at the best required lens correction, has traditionally relied on the sequential use of spherical and cylindrical lenses in combination to arrive at the best result. 0.25DS stepped powered lenses have always been used as it has long been claimed that the human eye, with its inherent aberrations and limits to perceptual resolution, are still the order of the day. The resultant spherocylindrical prescription is based upon this combination and any further modification, such as off-axis or higher order aberrational variation, is applied at the glazing stage.

Developments in adaptive optics make it possible to alter lens powers, both on and off-axis, to reflect dioptric power along a continuous power range and not just in 0.25DS steps.

The term adaptive optics is used to describe the technology used to enhance the performance of an optical system by manipulating the optical wavefront. The evolution of adaptive optics is a fascinating one, with advances driven by astronomers and the military and exploiting advances in material sciences, electronics and data analysis. For a good autumn read, you could do worse than have a read of the review by the historian Robert W. Duffner.1 The ability to change lens power continuously, rather than in set steps, has long been possible as demonstrated by Alvarez lenses or even the good old Risley rotary prism device. But the development of fully deformable lenses with increasingly accurate electronic control of the entire lens focus profile has meant that near total lens power control is now possible. Perhaps the pinnacle in the use of adaptive optics was when astronauts on the Space Shuttle were able to analyse and then correct the aberrations in the large mirror of the Hubble telescope, so revealing image resolution capable of viewing objects in the cosmos at previously unimaginable distances, and certainly far better than the first images beamed back before the super-expensive mirror was fixed.2

The application of such deformable lenses into refraction has been slow, to say the least. Reasons for this include cost, reliability and robustness, the need for designs that suit modern clinical practice and, perhaps most importantly of all, the assumption that greater accuracy than is offered by our 0.25DS step lens approach is not needed.

Back in 2016, I had the opportunity to refract patients using a new instrument from Italy, the Adaptica VisionFit system (figure 1). This clever system consisted of a fluid, deformable lens offering a range of sphere powers, a solid-state lens combination not dissimilar to an Alvarez design, for cylinder power, and, most interesting of all, a third deformable lens with the potential to incorporate higher order aberrations into the trial refractive correction at some future date. Though difficulties with positioning and patient concerns about having to wear a sometimes uncomfortable and daunting-looking headset could not be ignored, it was clear to me that it might soon be possible to develop a phoropter with a fully controllable deformable lens system and so offer greatly increased accuracy in final corrective lens power determination.

It was while reviewing the Essilor Vision-S 700 unit (see Optician 13.08.21) that I first became interested in the Essilor Liquid Lens Optical Module (figure 2). This new system incorporates a liquid lens with accurate digital control of its profile and makes it possible to refract in increments of just 0.01DS and 0.01DC with axis variation of one degree at a time. More importantly, the system is also able to accurately and instantaneously adjust overall power to better overcome error introduced by the changing of either sphere or cylinder power alone. 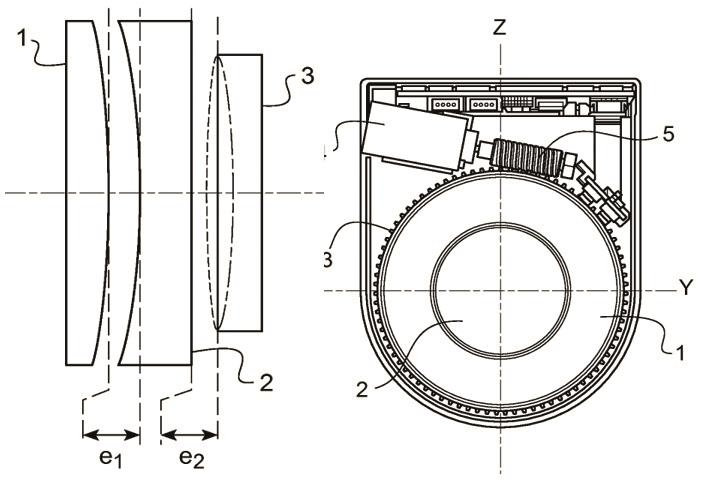 This system contained within the S 700 refraction station unit is now available as a standalone automated refraction system, the Essilor Vision-R 800 (figure 3). First thing to notice is that Essilor has managed to combine adaptive lens technology into a clinically useful automated phoropter system that would be both familiar to patients and easy to use by eye care practitioners in the real world. Secondly, the lens system in the phoropter head can easily be controlled with a linked control unit, not dissimilar to that used with modern conventional phoropters and so, again, would not prove to be a challenge to any UK practitioners (figure 4). 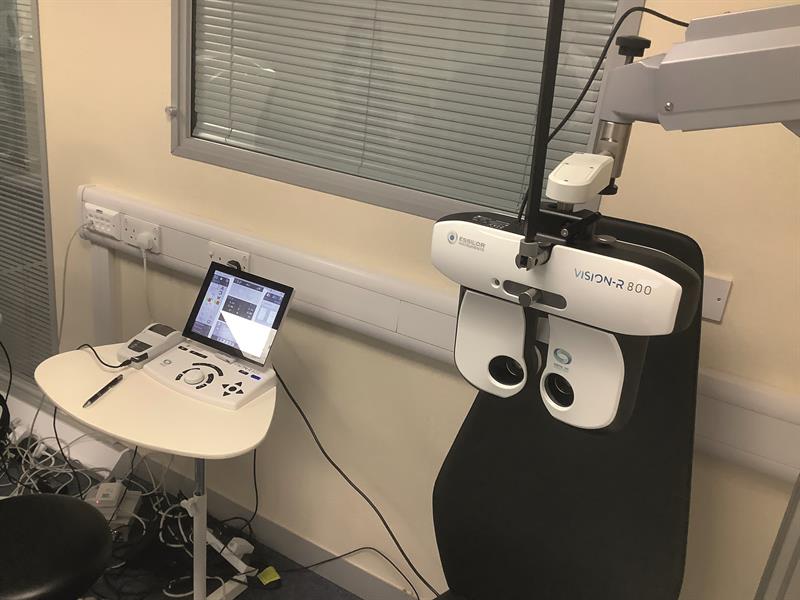 Figure 3: The phoropter head of the Essilor Vision-R 800

The system can be used just like any other automated phoropter and, as discussed in the review of the S 700 unit, can be pre-programmed to use a simple algorithm defining a step-wise approach to refraction allowing suitably trained auxiliary staff to operate it, so saving time for the prescribing practitioner who may need simply to verify a correction or make any refinements as deemed clinically relevant. But are there advantages to no longer being chained to the 0.25D step approach to refraction? 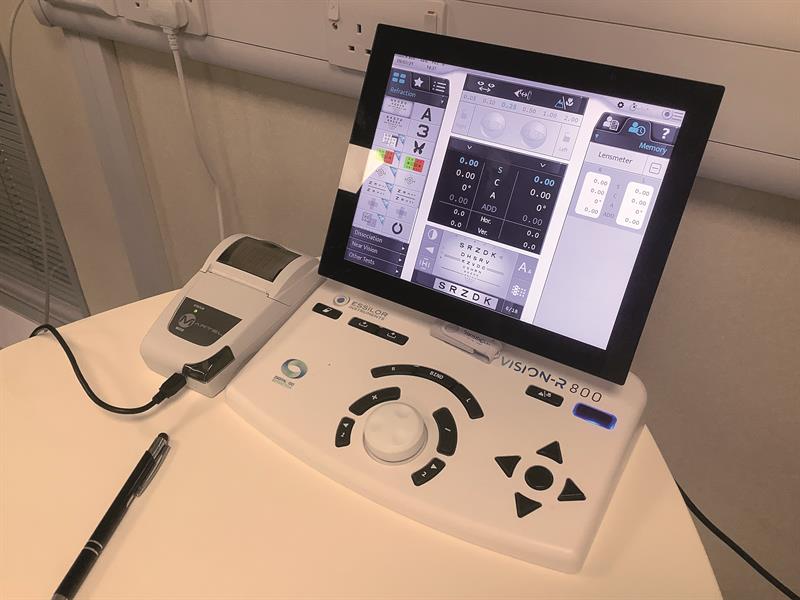 Figure 4: The control unit of the Essilor Vision-R 800

The conventional use of 0.25DS and 0.25DC incremental steps means the final refraction is formulated with reference to three components; the sphere power, the cylinder power and the cylinder axis. By thinking of these in terms of 3D polar coordinates, any adjustment of each relies on an adjustment in the other two of a nature that inherently assumes a degree of regression of a level that is also relative to the restriction of only being able to use 0.25D step changes.

Having a fully deformable lens within the R-800 opens up the possibility of complete control over the relationship between the three components of the on-axis sphero-cylinder refraction and so significantly reduce the amount of regression required. This makes for a much more accurate end-point refraction result.3,4,5

The system is already set up to incorporate such smaller steps directly into the design of corrective lenses. Essilor can now adapt a wide range of their lenses, such as Varilux and EyeZen designs, to incorporate AVA system data and so better match the correction to the refractive error of the patient. Which should lead to noticeably sharper vision.

I am keen to try out this system and will report further when I have done so. I also think that, whether on their radar or not, Essilor have now introduced a refraction system of sufficient flexibility for us all to reconsider both the way we refract and to think about how future lens designs may better match the errors in our uncorrected eyes.

What is in store for the future of OCT technology?

Arriving at the station

Bill Harvey is impressed by the new refraction station from Essilor