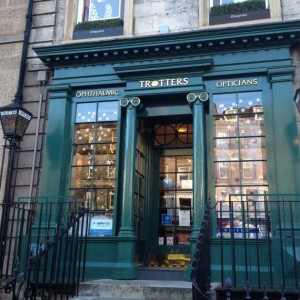 Under the deal, the Trotter name will be retained along with the practice’s current staff.

Leech said: ‘Trotters is a long-established business, founded in 1867. It shares the same values as Black & Lizars, focused on delivering the best possible level of visual health care. Black & Lizars is very highly regarded and has taken eye care in Scotland to a new level.

‘The team at Trotters is delighted that this alliance with Black & Lizars will allow us to provide an even better service to our clients.’

The acquisition took Glasgow-based Black & Lizars' network of branches in Scotland to 25, together with one practice in Northern Ireland.

Black & Lizars will also open a new flagship practice this week (News 21.07.14) in an upscale property in Frederick Street, off Princes Street in Edinburgh, having invested £650,000 in equipment, hearing care and optical services at the location.

Independent practice calls for witnesses after store front was damaged

The practice opened up its fifth Leicestershire-based practice

Brighton | Up to £62K plus benefits