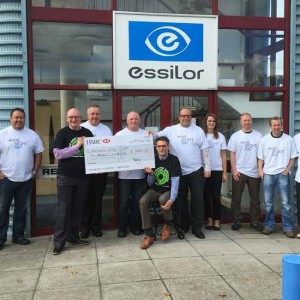 Essilor staff from the company’s manufacturing facility in Thornbury handed over a cheque for £1,000 to Optometry Giving Sight from funds raised by completing a ‘Three Peaks’ climbing challenge.

‘We would like to extend our thanks to the team at Essilor — what an amazing achievement,’ said David Shannon, UK development manager for Optometry Giving Sight. ‘We are delighted to say the funds raised will support Vision Aid Overseas projects in its 30th anniversary year. Mansfield, Nottinghamshire | Up to £53,000 + Professional Fees