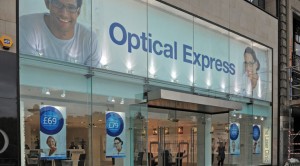 A woman who claimed to have been left with severe photophobia after laser eye surgery with Optical Express has been awarded over £500,000 in damages by Central London County Court.

Stephanie Holloway had sought £1m in damages after she claimed she was not properly informed of the risks of the procedure (News 26.09.14), which was carried out by surgeon Dr Joanna McGraw in 2008, who was working as a locum at the time.

McGraw's representatives claimed that Holloway, from Lee-on-Solent, had been warned about the risks associated with a procedure on her type of eyes, but according to a report published on the Mail Online, Judge Edward Bailey told the court that there was no way that the surgeon could have given her all the relevant information in such a small space of time.

Dr McGraw was reported to have told the court that though she had little memory of their consultation, she would have warned Holloway of the risks associated with her type of eyes and that the surgery might not correct her problems.

The court was said to have heard that Holloway was instructed to sign a consent form, described by the judge as inappropriate, an hour before surgery. She was said to have likened the experience to being on a conveyer belt and said she was coaxed into the surgery by an optometrist that told her he had undergone the same procedure.

Media reports suggested that Optical Express had hired a private detective to film Holloway for three days. However, Dr Rob Hendry, medical director at the Medical Protection Society (MPS), which represented Dr McGraw, said it was the MPS that sanctioned the use of the investigator.

A spokesperson for Optical Express said: 'We are extremely disappointed by the verdict and for Dr McGraw, a highly skilled and compassionate surgeon who has successfully improved the eyesight and the lives of over 25,000 patients. We believe the surgeon clearly followed the consent process recommended by the Royal College of Ophthalmologists and are very disappointed that this was not reflected in the judgement. Dr McGraw examined the patient almost one week prior to the day of surgery in an effort to provide the best level of care and ensure a thorough informed consent.

'We would like to make it clear that Optical Express did not commission the surveillance of Ms Holloway, nor have we ever done so in over 20 years of business. The case was handled by the surgeon's insurers. We now understand this is a standard procedure by insurance companies in the case of major claims. However, Optical Express had no involvement in this surveillance and was unaware it had taken place, until immediately prior to the commencement of the Court Case.

'As the UK’s largest provider of laser eye surgery, our ophthalmic surgeon's carry out over 100,000 procedures in the UK every year. However, it is important to point out that not everyone is suitable for surgery. Over the past five years we have declined to treat more than 150,000 patients based on our strict informed consent process and clinical parameters.

'Whilst all surgical procedures carry a risk, Optical Express only uses the very latest technology, employs the most experienced surgeons and continually reviews procedures to reduce the chance of a complication or unsatisfactory result. Our excellent clinical outcomes clearly demonstrate that our patients are in good hands.

'Patient care is our number one priority and we go to great lengths to ensure that everyone makes a thoughtful and well-informed decision whether to proceed with the type of surgery they select. As one of many examples, we now provide all patients with a comprehensive video that contains details of risks, benefits and alternatives to surgery as part of the consent process.

'Optical Express will support Dr McGraw and liaise with her insurers to review the outcome and explore the options for further action relating to the case.'

The General Optical Council has sought to recruit two registrant members who work respectively in Scotland and Wales, to join its council and play a ...