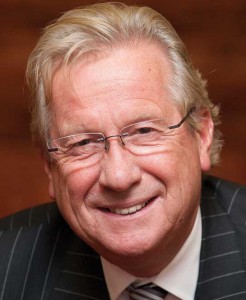 An investigation by the Sunday Mirror (December 28) has found that 11 pairs out of 12 ready readers had defects that could cause eye strain.

Testing the spectacles from Poundland, Poundworld, Tesco, WH Smith, Marks & Spencer and Superdrug, Croydon optometrist Chris Kerr found that all but one had faults which could cause eye problems.

Four pairs with stronger prescriptions had more serious flaws, he said. ‘To find only one perfect pair out of 12 is quite depressing. They won’t cause you long-term serious harm but they may well have the potential to give you eye strain, headaches and blurred vision.’

The spectacles, priced from £1 to £10.50, were checked for lens strength, alignment of the lens and overall effectiveness. A £1 pair from Poundland had a large ‘wave’ across the surface of the left lens, while the strength of others (Poundworld, Tesco and Superdrug) was either higher or lower than required.

Kerr found the biggest problem with the optical centres, with many having OCs at different heights or not aligned. A wavy image was found on both lenses of a pair from M&S, while there were minor defects with the OC alignment of a pair from WH Smith.

The only pair found to be satisfactory was a £7.50 ready reader from M&S.

He described ready readers as a temporary aid, adding that the real concern was that people were side-stepping a full eye examination which for many was free, while their spectacles may be subsidised or free. Speaking to Optician, he said that perceived cost was putting people off and the profession would be better off without the Government’s health policy of low GOS fees which resulted in cross subsidy.

Research by the College of Optometrists in 2012 found only half of more than 300 ready readers met British and European standards (News 11.01.12).

​Results of a two-year clinical study have been published