Parents in the dark on retinoblastoma risk 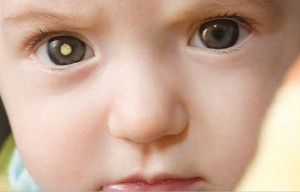 Two thirds of young children have never had an eye test

Two thirds of young children have never had their eyes checked, new figures released by the Childhood Eye Cancer Trust (CHECT) have revealed.

A survey of more than 1,000 parents with children aged from birth to six found that just 28% had taken them to an optician, GP or other health professional for an eye check. Furthermore, half of parents didn’t know that children could develop eye cancer.

The figures have been released to coincide with World Retinoblastoma Awareness Week (May 8-15) and to launch its In the Dark campaign to raise awareness of eye cancer.

CHECT has called for healthcare professionals to always address parental concern about their child’s eye health, and to ensure a red reflex test is carried out following symptoms such as squint or leukocoria to rule out retinoblastoma.

A study in Manchester explored false negatives in Cues