Fitness to practise process concludes but parents of Vincent Barker vow to continue their search for justice. Simon Jones reports

Honey Rose will be suspended for nine months

The committee ruled Rose’s failure to carry out adequate internal eye examinations on eight-year-old Vincent Barker and four-year-old Amber Barker in February 2012, and failure to keep accurate records, amounted to misconduct and fitness to practise was impaired because of what it deemed ‘wider public interest.’

Vincent Barker died in July 2012 following a build-up of fluid on the brain, later confirmed to be acute on chronic hydrocephalus secondary to gliotic obstruction of the rostral part of the fourth ventricle.

In August 2016, Rose was given a two-year suspended sentence after a jury at Ipswich Crown Court was told that she failed to notice that eight-year-old Barker had swollen optic discs when she carried out the eye examination. She was acquitted in July 2017 of gross negligence manslaughter on appeal, but the court noted there had been a ‘serious breach of duty’.

The fitness to practise committee concluded: ‘A suspension order would be the appropriate sanction as it would send a clear signal to the registrant, the profession and the public re-affirming the standards expected of a registered optometrist. The committee was satisfied that a suspension order would adequately address the wider public interest.’

The GOC added that the thoughts of everyone at the regulator were with the family of Vincent Barker.

Rose has until December 9 to appeal against her suspension and the GOC noted decisions made by the independent fitness to practise committee were subject to review by the Professional Standards Authority.

The Association of Optometrists (AOP) represented Rose and said it had been a long and difficult process for the registrant.

However, the AOP deemed the GOC’s decision a good result for Rose and the association’s legal team. It also confirmed that Rose intended to return to the profession.

Ella Franci, legal director at the AOP, said: ‘Ms Rose’s account of what happened was accepted and she was found to have sufficiently remedied any past misconduct identified by the fitness to practise committee. Although disappointed to remain suspended for nine months, Ms Rose is looking forward to returning to the profession she loves, with the ongoing support of the AOP.’

‘This is a tragic case which has been devastating for all concerned and our deepest sympathies go to the Barker family for their loss,’ Franci added.

‘More than eight years after our beautiful boy died suddenly and asymptomatically of his underlying condition, we find ourselves again trying to find some sense of justice for him.

‘The GOC’s decision is devastating for us, our family and friends, and the professionals that have continuously supported us. We do not believe this decision is in the best interest of the optometry profession or more importantly, the public interest. 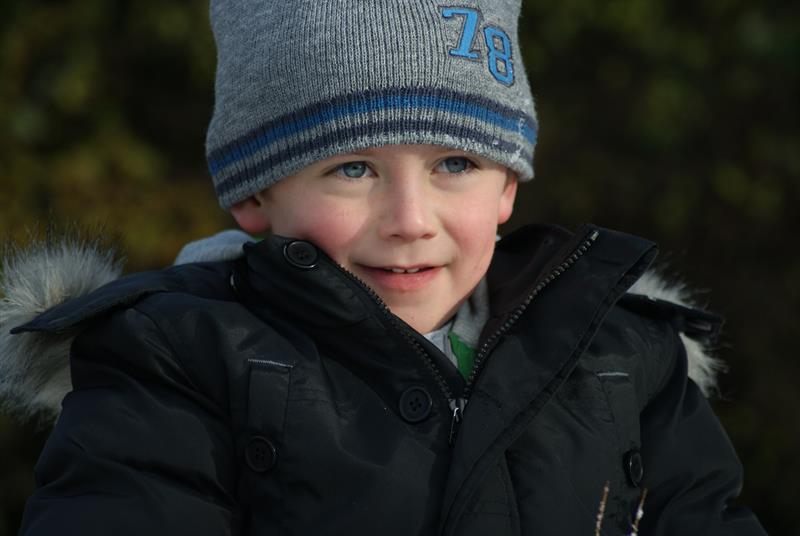 ‘We feel an optometrist is in a unique position across medical professions. They can examine a patient’s internal anatomy like the back of the eye and optic nerve without needing referrals for imaging. We maintain this is a key part of an eye examination, allowing the optometrist to identify potentially fatal abnormalities.

‘If Honey Rose had upheld her duty of care and examined Vinnie’s eyes as she should have, or viewed his retinal images, he would have been referred for the lifesaving surgery he needed, but devastatingly never received.’

‘The committee, in their determination of misconduct, suggested that the registrant’s failures reflected a casual attitude in the approach of her examination of our son. They noted that based on his seemingly good health, she had assumed that there was likely to be no underlying pathology. We remain unconvinced that this was a momentary lapse, believing it was more probable that this was her normal practise. We continue to maintain our belief that it was our son’s unusual asymptomatic condition that gave rise to Rose’s failures to uphold her duty being uncovered.’

‘We are disappointed with the approach of the fitness to practise committee in relation to the viewing of Vinnie’s retinal images. We feel the panel took the speculative view that it was more likely that Rose was shown an incorrect retinal image by the unidentified assisting optical consultant that day, and neither of them checked the patient name, than a failure to view the images at all. The image viewed, they concluded, belonged to a patient seen earlier in the day. There is no evidence to support this finding, except for a patient earlier that day having the same cup to disc ratio as that recorded for our son.

‘This image had what we understand as seemingly normal cup to disc measurement for adults of 0.5. This was agreed at the hearing by both experts, as an unusual measurement for a child, yet Rose recorded the same measurement of 0.5 for both of our children. When in fact, Vinnie’s cup to disc ratio was unmeasurable and our daughter’s was less than 0.2.’

‘The committee ruled that the registrant’s fitness to practise was impaired, but that she was not personally impaired. The impairment was based on the “wider public interest” and their trust and confidence in the profession. It accepted Rose had done all she possibly could to remedy her failings and had shown a certain level of insight remediation. The committee suggested that due the severity of the outcome of her failure to uphold her duty of care in the past, Rose was more likely to be hyper vigilant in the future.

‘Our family is dismayed by this suggestion. The professional who was found to have performed an examination that fell far below what is expected of a competent optometrist and led to the death of an eight-year-old child, is deemed fit to practise because it is probable they now understand the importance of adhering to their regulatory guidelines. It seems to us a life is a high price to pay to acquire fundamental understanding that all professionals are expected to recognise.’

‘The decision leaves us with no alternative other than to look to the Professional Standards Authority to review the process. We feel the sanction that Rose can resume practise as normal after a nine-month suspension order which lapses with no conditions imposed on her in practice, does not properly protect the public.

‘The public are entitled to have confidence that a duty of care will be upheld during any routine examination. We respectfully suggest that the finding in this case gives rise to damage and undermines that confidence.

‘Routine examinations exist to assess overall eye health and abnormalities, along with the presence of life-threatening conditions that may otherwise go undetected. This to us, is precisely the reason when and why that duty of care should be upheld. What confidence can the public retain in the importance of these examinations if healthcare professionals are excused from their failure to uphold their statutory duty, without proportionate measures being taken to protect to the public from the severe consequences of not doing so?

‘We maintain that an erasure order should have been determined, not only on the grounds of maintaining public confidence in the optical profession, but also on the grounds of personal capability being impaired.

‘We are not aware of the full financial scale of three separate inquiries into the events surrounding our son’s death, but we do know that they have involved the commitment and onerous work of many professionals. We have only ever wanted to see accountability and responsibility taken, for what to us, are obvious failings. One individual could and should have minimised unnecessary proceedings.’

‘We are hugely aware of the controversy and concern that the case has generated. However, our general view concerning medical-related charges of manslaughter by gross negligence are based heavily on our experience of the justice system and the professionalism and diligence of all involved. We feel that medical professionals practising competently at the standard at which they are required to perform would not endure an injustice – the threshold of the breach of their duty of care is too high.

‘We hope Vinnie’s case has, at the very least, initiated a review of current working policies across optical practices with special attention to the aspect of retinal imaging and the accuracy of clinical record keeping of patients.

‘With that in mind, it is of paramount importance that we emphasise that we have never had any intention of damaging the reputation of optometrists based on the poor practice of one person. We feel extremely strongly that it is hugely important to raise awareness of the health benefits and value of good optometry.

‘We now hold the magnitude of optometry higher than any other regular health checks we receive. We were let down by an individual. Had our son been given his lifeline, his emergency referral, we know we would now be praising the actions of an optometrist who saved his life.

‘To us this has always been a focus for the future. Creating an opportunity for us to move forward and do something positive in Vinnie’s memory.’

​An accountant has pleaded guilty in Worcester Crown Court