In the first decade of the 20th Century, ophthalmic lenses were designed with the primary line of sight (vision through the centre of the lens) in mind only, and for viewing at far distances (infinity) only. This meant that, while wearers would see clearly when looking through the centre of lenses, the peripheral vision would be quite blurred.

Ernst Abbe had been a partner of Carl Zeiss since 1876 and it was his assistant, Moritz von Rohr, who ultimately led the research and development activities that enabled the manufacturing of Punktal, the spectacle lenses that improved peripheral vision. In 1900, Swedish doctor, and later Nobel laureate, Allvar Gullstrand contacted Carl Zeiss to help develop devices for measurement of the eye in order to explore the eye’s physiognomy. The fruits of von Rohr and Gullstrand’s collaboration included the slit lamp (Gullstrand ophthalmoscope), the world’s first precision spectacle lens (Punktal) and new calculation methods for spectacle lenses, optimised for the roaming eye and natural vision.

‘It was known as early as 1804, from the English doctor William Hyde Wollaston, that there was a relationship between the image quality of a spectacle lens and the extent of its curvature,’ explains Dr Navneet Gupta, professional services manager at Zeiss. ‘Wollaston had recognised that slightly curved, meniscus-shaped lenses provided better image quality in the periphery than, for example, biconvex lenses. Subsequent work by the Paris-based ophthalmologist Franz Ostwalt in 1898 was able to show that, within a range from about -22D to +7D, it was possible to correct oblique astigmatism by using a specially adapted curvature of the lens and improve optical quality for a range of prescriptions.

Oswalt’s work was refined by ophthalmologist Marius Tscherning in 1899, paving the way for von Rohr and the Carl Zeiss company to venture into high-volume production of these optimised point-focal lenses. Punktal led to the complete re-invention of spectacle lenses in 1912 with point-by-point calculation for sharp vision over the entire lens.

The market introduction of Zeiss Punktal constituted a small-scale revolution. ‘Everyone wearing optimally fitted Punktal lenses for the first time directly experienced the benefits of the new technology before their very eyes: looking to the side was now possible without having to turn one’s head,’ explains Gupta.’ The visual field was considerably larger than that of traditional lenses, and there was a dramatic improvement in the wearer’s perception of their environment, particularly in sporting activities or when in traffic. Zeiss Punktal therefore set new standards, including for other lens manufacturers, and for future developments in spectacle lenses. Moreover, the point-focal lenses offered new possibilities for the design of spectacle frames: the sharply defined imagery right into the peripheral zones also enabled larger frames; the days of tunnel vision caused by spectacle lenses were over.’

More than most advancements in the lens industry, the development of the first progressive ophthalmic lens can be attributed to a single individual.

‘Bernard Maitenaz’s pioneering work revolutionised the optical industry and transformed people’s lives,’ says Tim Precious, managing director at Essilor UK. ‘For the first time, presbyopes were able to see clearly at all distances, with one single pair of spectacles.’ 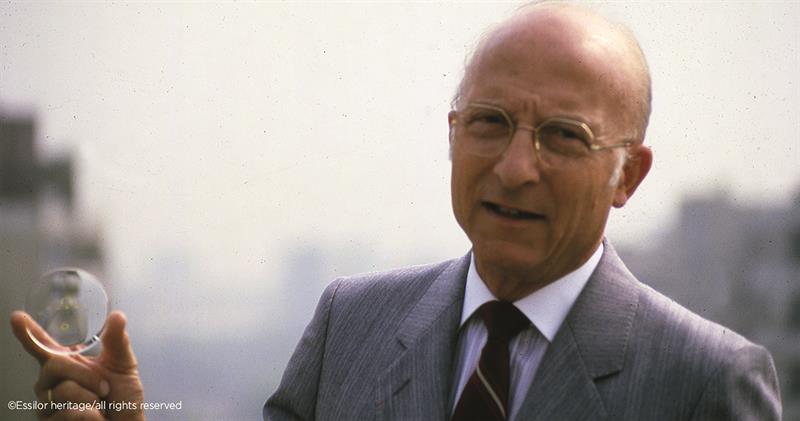 Maitenaz was born in 1926 and grew up in a family where optical professions had practised for several generations. After graduating with degrees in engineering from both École des Arts et Métiers in 1946 and École Supérieure d’Optique in 1947, he was hired by the Société des Lunetiers, later known as Essel and then Essilor, as a research engineer. It was in this role, at the age of 33, that Maitenaz, frustrated with his father’s bifocals, took on the task of creating a lens that would provide presbyopes with comfortable vision at any distance.

‘Thanks to the training he received at the Institut d’Optique, Bernard Maitenaz was able to imagine and calculate the shape of a complex lens, while the skills he learned at the Arts et Métiers University in Paris allowed him to design and build the new machines that would shape the lens.’

In 1951, after two years of solo research, Maitenaz protected his first mechanical process for making progressive glasses. Two years later, the Société des Lunetiers filed its first patent. From that point, Maitenaz had a budget and a team to fuel further developments. Production of the lens began in 1958 and the launch of the first Varilux lens was officially announced at the Congrès des Opticiens May, 1959 in Paris.

This first iteration of Varilux, exclusively made of mineral glass, provided a solution to the limitations of bifocals by creating a fluid transition between the near and far vision fields.

‘The very principle of progressive lenses rests on a completely heretical conception with regard to the laws of optics because a progressive surface induces aberrations, residual astigmatisms and other image deformations, pushed back into the lower lateral areas of the glass,’ says Precious. ‘Maitenaz relied on the formidable adaptive capacity of the visual system to correct these aberrations, saying: “Optics are not just about a surface geometry, but about the interaction between a geometry and a brain powered by a signal system whose sensors are the eyes.”’

Since 1959, more than 700 million Varilux lenses have been sold with new generations of the lens remaining at the forefront of research and development. 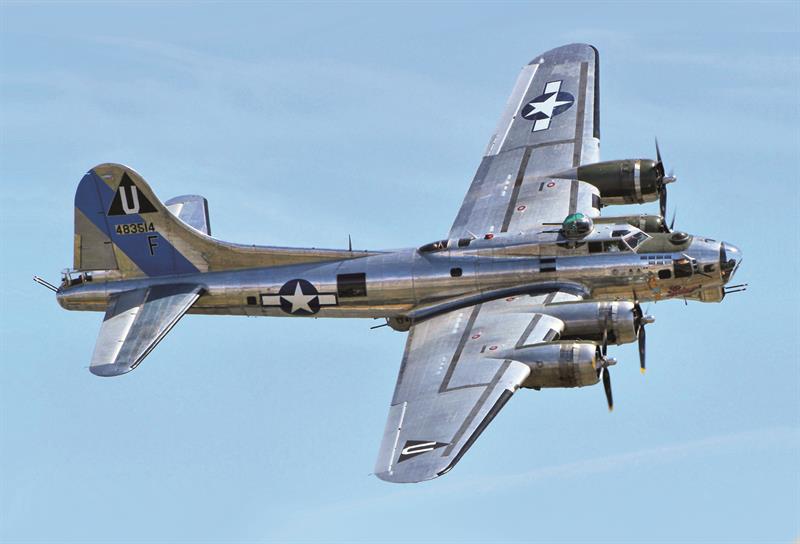 It is well known that the second world war (1939-1945) drove incredible levels of industrial development across many sectors as resources were poured in with the aim of finding new technologies capable of bolstering the war effort. The shift from glass lenses to plastic-based lenses, which began in earnest with the development of CR-39 as a lens material, is one of the biggest game changers in lens technology history and finds its roots in a wartime subsidiary of the US-based Pittsburgh Plate Glass Company. During the war, the Columbia Southern Chemical Corporation produced a line of 200 polymers, one of which, CR-39 (the abbreviation standing for Columbia Resin #39), was used to create glass-reinforced plastic fuel tanks for the B-17 bomber (pictured) in order to reduce the weight of the aircraft and increase its operational range.

In peacetime, the Armorlite Lens Company began manufacturing CR-39 ophthalmic lenses in 1947. A polycarbonate, CR-39 has an index of 1.498 and an Abbe number of 58 with a specific gravity of 1.32 g/cm3. Almost half the density of glass, the material is known for being easy to tint and high abrasion resistance, relative to other uncoated optical plastic. With CR-39 in the vanguard, plastic became the increasingly dominant material for ophthalmic lenses.

The future of lens development was considered at length by Professor Mo Jalie in Optician 18.12.2020. In the article, which is instructive in considering future shifts and potential significant advances in the lens industry, Jalie notes the appearance of additive manufacturing that allows for the 3D printing of ophthalmic lenses – an obvious candidate for a future game changer in the lens field. Dutch company Luxexcel is at the forefront of this method of lens production, which uses liquid material VisionClear that, once solid, has a refractive index of 1.53 and an Abbe number of 45.

3D printing offers huge advantages, in terms of sustainability, over computer numerical control or freeform manufacturing and, while large scale volume led production is currently some way off, also dovetails with the desire for wearable technology. 3D printing has the advantage of being able to embed integrated foils into the lens material rather than merely as a laminate, and it is this avenue of commercialisation that Luxexcel are focusing on for now.

Optician commissioned the Sustainable Practice Award's one-off trophy, Chris Bennett caught up with the artist to find out more