One of the best ways of learning and developing skills is through practical experience. This week, we are introducing an opportunity for you to earn an interactive CPD point by submitting a case study of your own. This might relate to clinical practice, a management decision, an interesting dispense or a legal issue you have resolved.

Optician has assembled a panel of experts in a full range of subjects that cover the four main CPD domains. These are:

Each day, each patient encounter can teach us something. By considering each case, what the challenge was and what we did, we continue to develop our professional skills to the benefit of the patient. In this article, we show some case examples we have previously published in the hope that they might spur you on to send in some of your own. Every submission will be reviewed by our assembled panel of experts, feedback will be given, and where appropriate, confirmation of an interactive CPD point will be given.

I hope you find this an exciting opportunity to supplement your CPD portfolio in the coming years.

Presentation
An 11-year-old Chinese patient attended for a routine eye examination with no obvious complaints.

Clinical findings
Refraction was normal, with no need for spectacles, and no colour vision defect was found.

Management
In this case, there was no need for referral and the patient was to be monitored.

Discussion
Optic disc drusen are globular, often calcified, hyaline (glassy or translucent) bodies located within the optic nerve head. Drusen are relatively common, found in 1 to 2% of the population, and are thought to be inherited in an autosomal dominant pattern, though no specific gene has yet been found. The implied inheritance means it is advisable to screen siblings of any patient presenting with disc drusen.

Disc drusen are bilateral in 75% of cases, and the excrescence is more often seen on the nasal half of the disc. Drusen usually become visible after the age of 10, but sometimes appear at the surface at a younger age than this. Before this, they are buried and may give an appearance of papilloedema. At this stage, the drusen do not affect central vision so might easily be missed except, though compression of the retinal nerve fibres may result in a field defect. This abrupt, painless loss of peripheral vision may be detected with fields assessment of older patients and can mimic primary open angle glaucoma. A rare complication of disc drusen is the development of a choroidal neovascular membrane. Optic disc drusen have an association with angioid streaks in 25% of patients.

Patient booked in to the dry eye clinic.

Note; after further questioning to ascertain possible cause of R>L asymmetry of signs, patient revealed she is aware of rubbing the right eye more than the left, and prefers to sleep on her right side. Video capture confirmed that the lagophthalmos is only apparent on the right 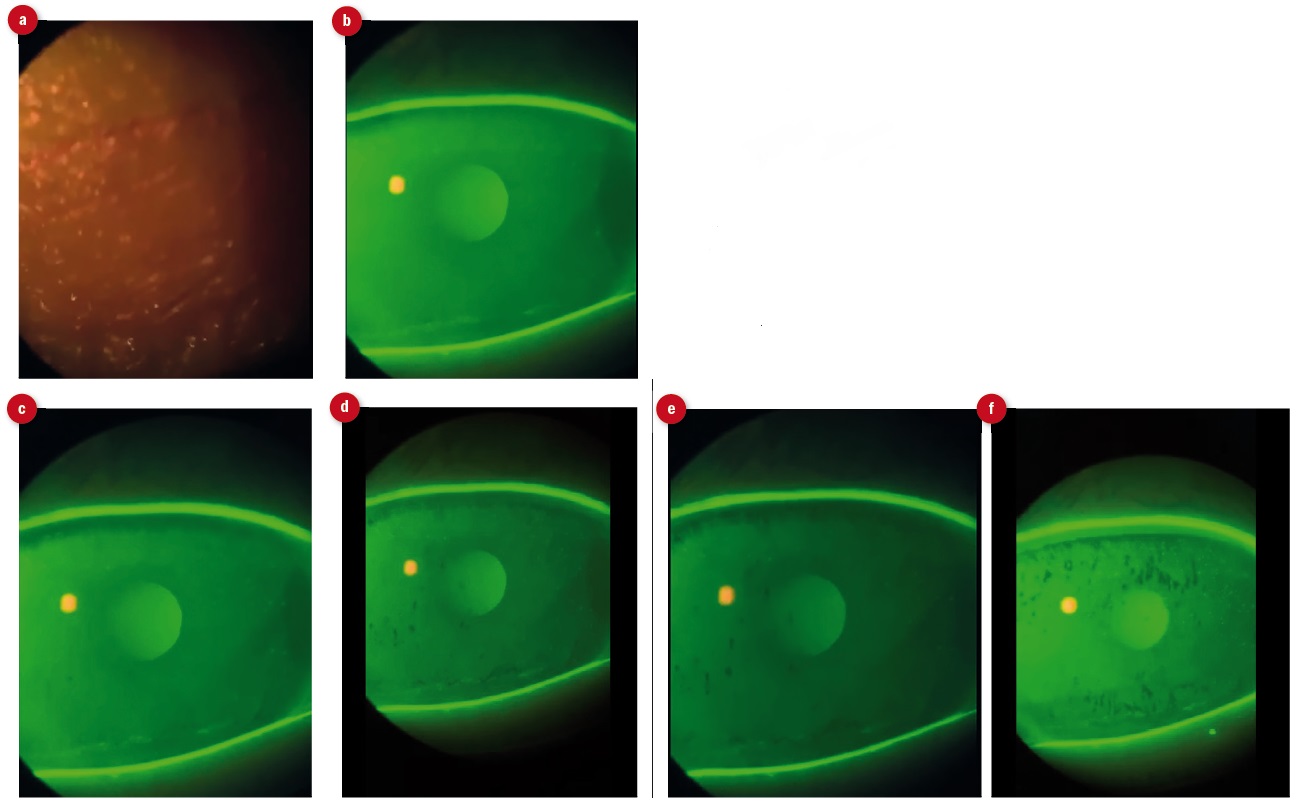 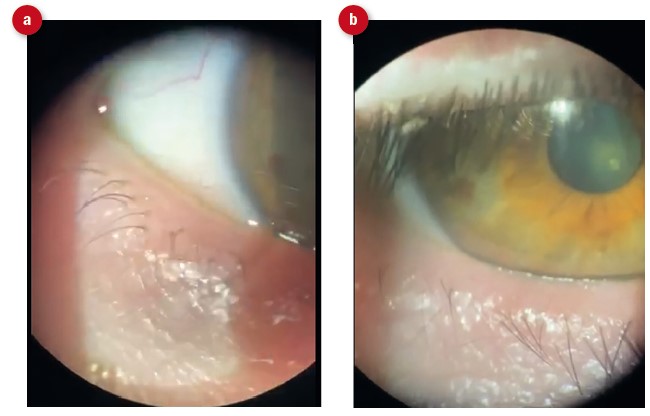 Presentation
A 61-year-old female, attended clinic in October last for a first low vision assessment on the recommendation of a member of the local Stroke Association support co-ordinator. Having, it seemed, suffered a stroke some two months previously, it was felt that her mention of ‘problems with her vision’ warranted a low vision assessment.

She attended today with her son as had some balance concerns, so was not confident on her own out of the home. This seemed, in part, related to a feeling that she was missing things ‘on the side’ though could not specify any particular area. She felt her vision was generally poor and was struggling to read.

She also relied on her son throughout the test as clearly had short term memory problems and was also somewhat confused and ague about her recent history. Existing pre-test notes were minimal, so a note was made to liaise with the Strokes Team and the GP after my assessment. 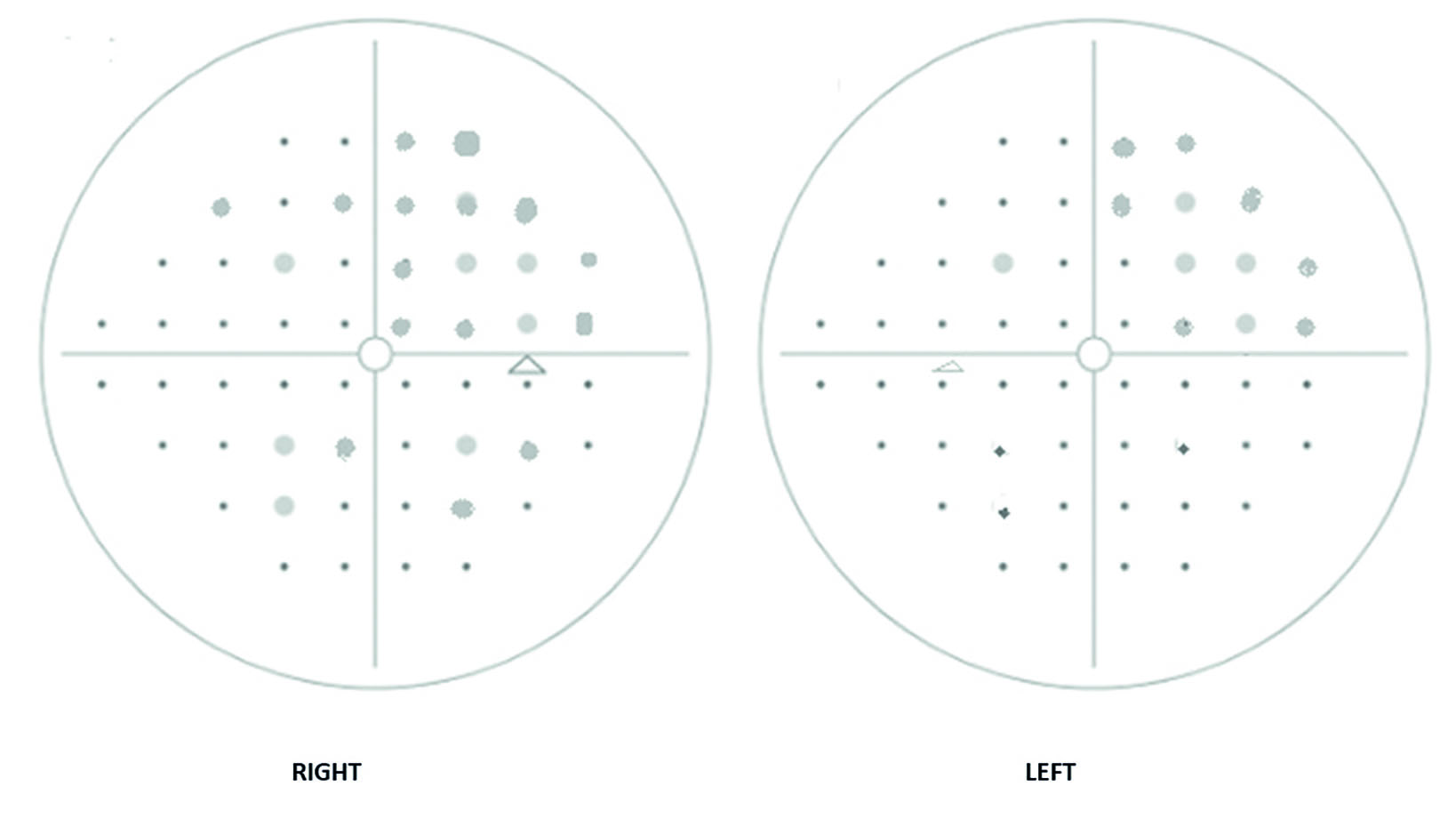 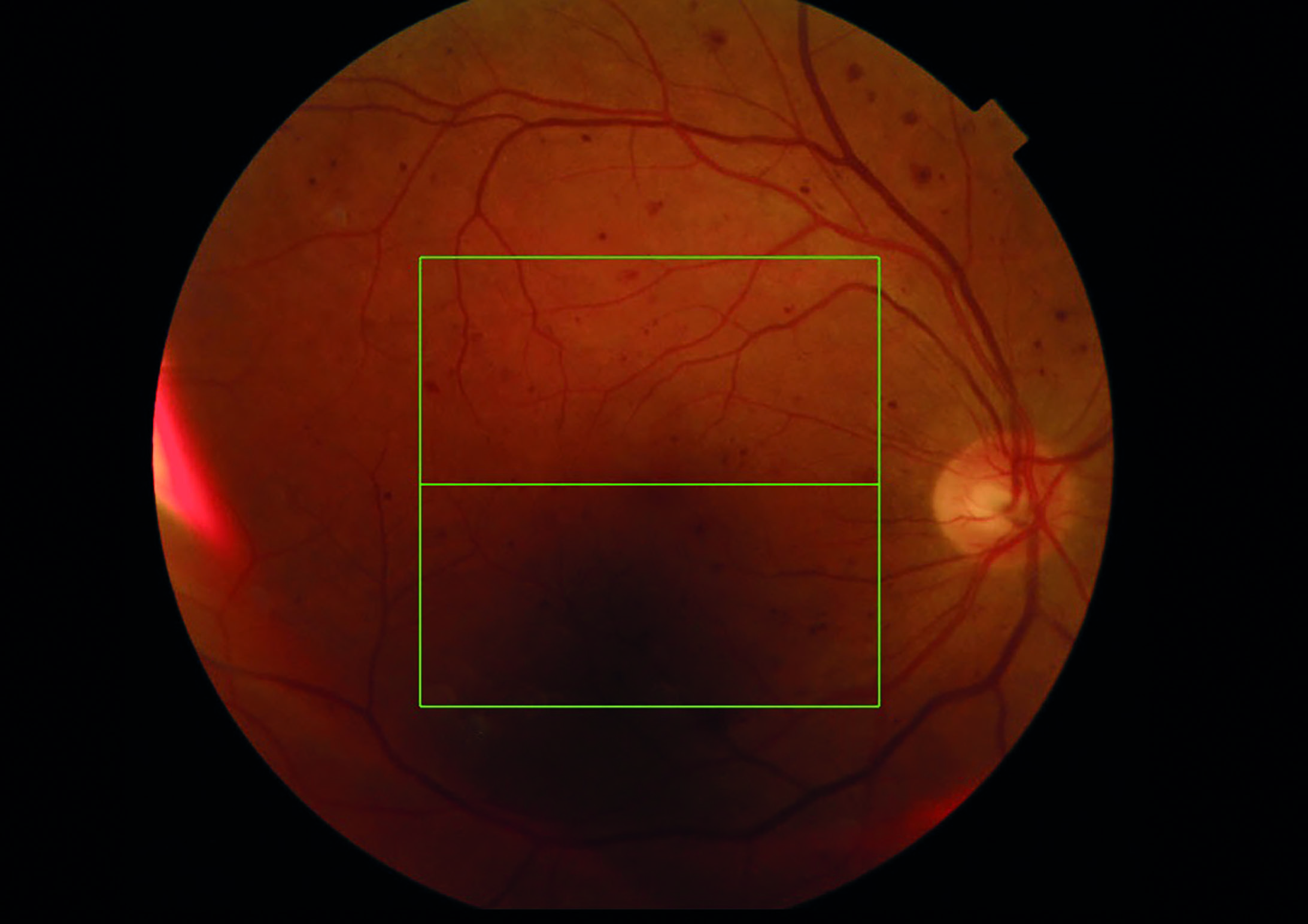 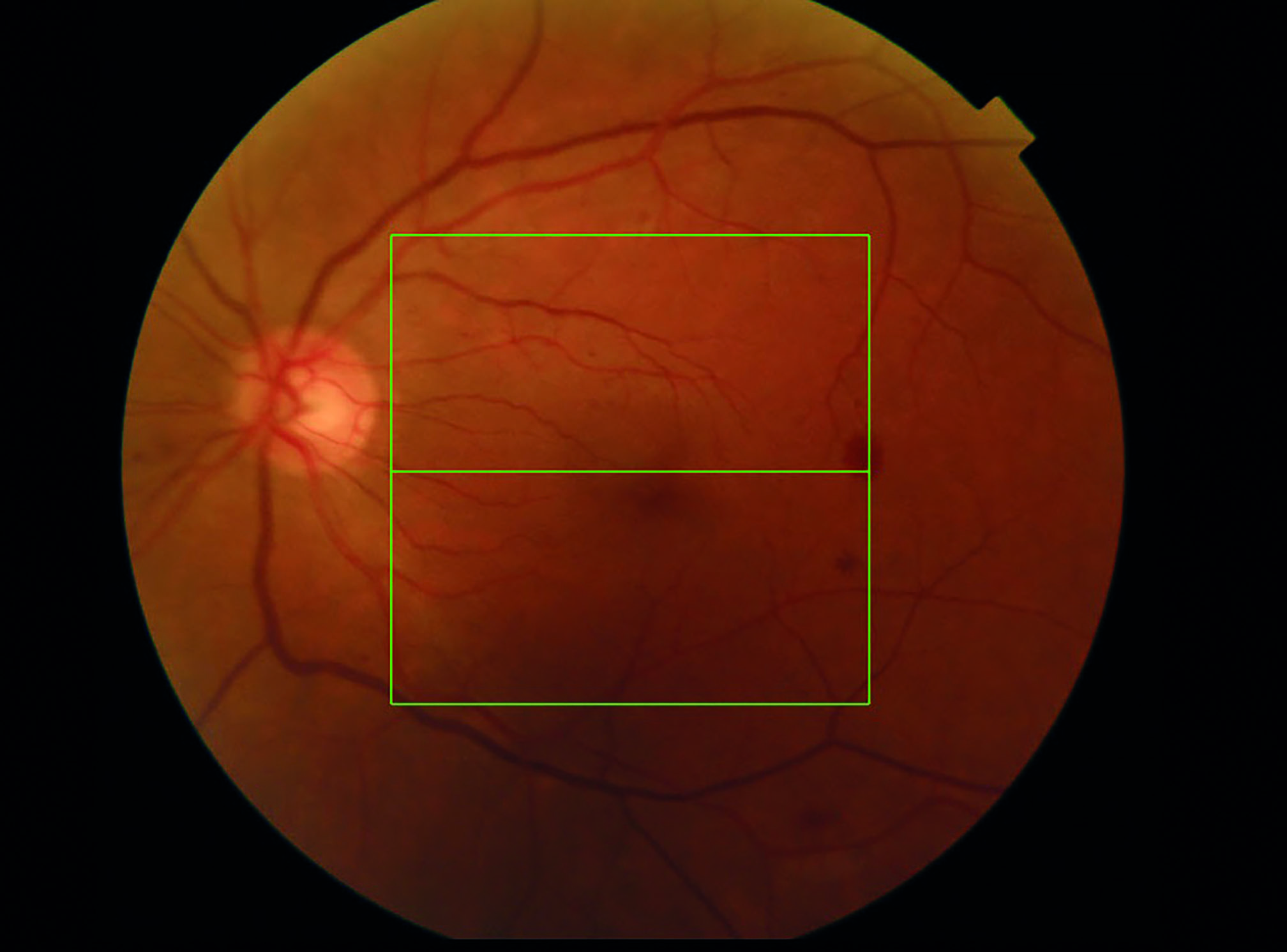 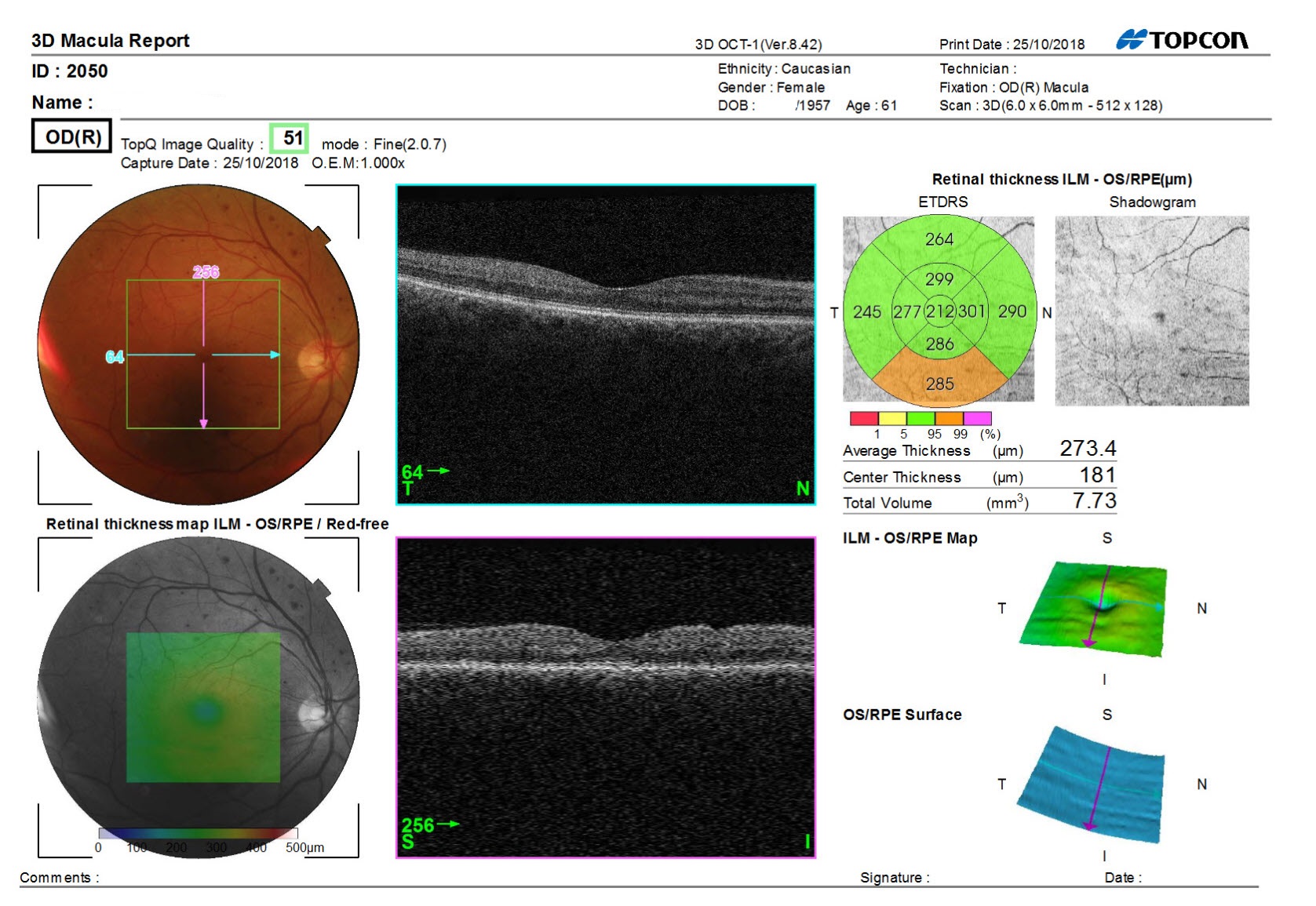 Management
There was some doubt as to whether this was the first post-stroke eye assessment. The retinal images both showed some residual signs of accelerated hypertension, primarily blot-like haemorrhages. There were no cotton wool spots nor signs of macular oedema, though the poor scan meant the thickness data was not reliable.

A referral was made to see ophthalmology as soon as possible (within two weeks) to review vascular patency, and confirm the field loss.

No aids or correction were issued at this stage as static acuity seemed acceptable. The main concerns to be addressed would be mobility, and also visual target association and interpretation which, it is hoped, will show some improvement before the next assessment after hospital review. Full records were sent to the stroke team and also the GP with an assumption that cardiovascular health status will be closely monitored over the period.

Discussion
Bilateral field loss respecting the vertical midline is likely where a cerebrovascular accident impacts upon the post-chiasmal visual pathway (here, likely the left inferior radiations). Problems of visual interpretation and assimilation imply parietal as well as temporal lobe involvement. This is important to establish for ongoing rehabilitation planning and time will  tell how well the patient is able to adapt to their new visual world.

Maintaining full communication with all other involved professionals (ophthalmology, GP, strokes team) is essential for ongoing care. It is quite possible for a patient to have had a stroke and be seen at a hospital and by sensory support teams, but without any ocular examination being undertaken until a referral to an optometrist is initiated.

Presentation
A four-year-old attended with their mother for their first eye exam.  No problems reported but there is a family history of spectacle wear as children. 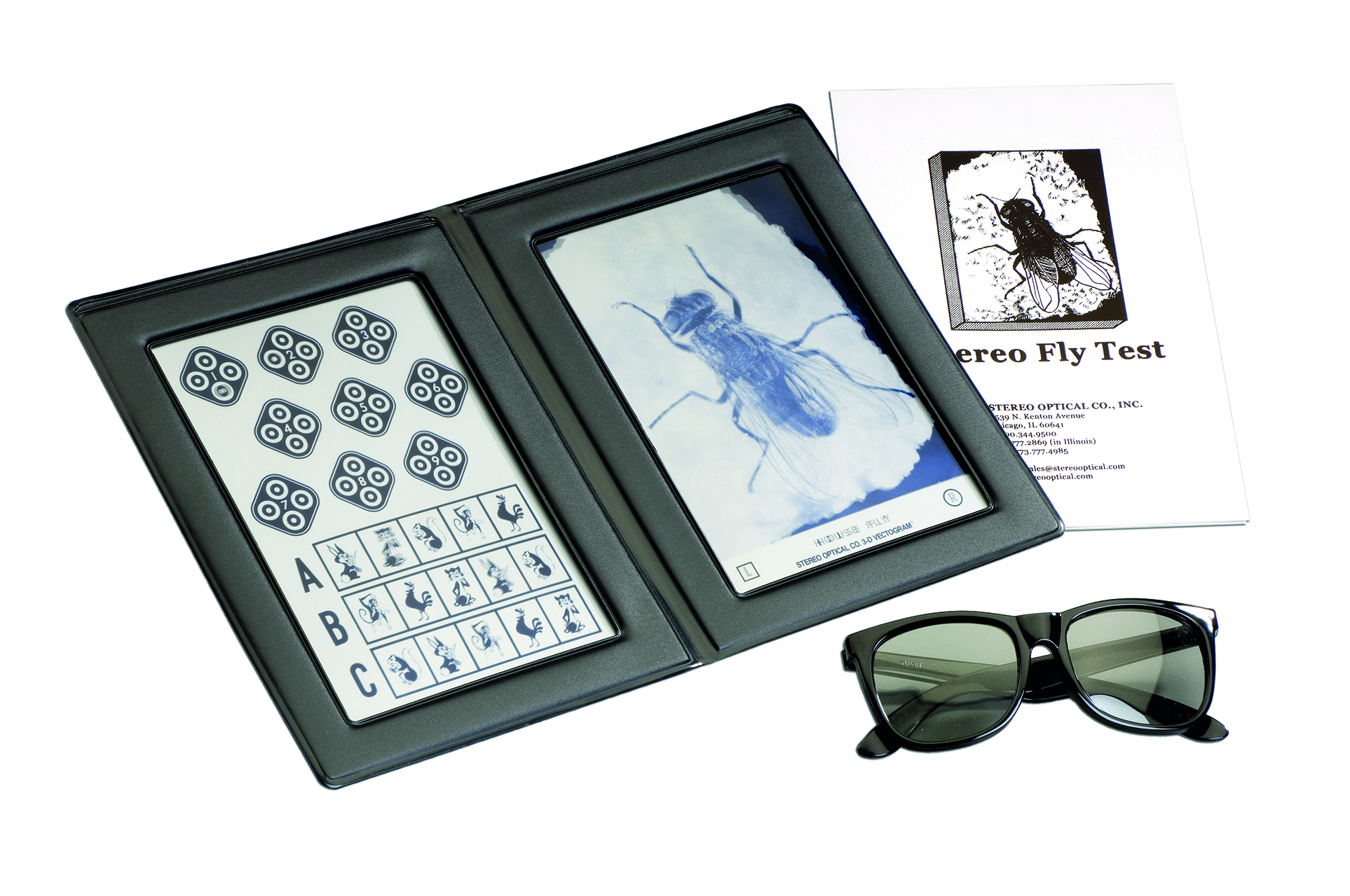 Management
Although the visions are borderline the presence of a possible prescription and unreliable retinoscopy and reduced stereoacuity would alert the practitioner that perhaps there is a bit more hypermetropia. In this case, a cycloplegic refraction would be recommended to rule out any more ametropia.

A 42-year-old female patient appeared to show signs of incipient presbyopia (feelings of strain especially when using a tablet or smartphone in the evening – ‘for eBay’ – figure 10) along with digital eye strain (the same accompanied by grittiness and blurring on blink exclusive to screen viewing). She only recently had increased evening tablet use, which could be anything up to three hours at any one time. Typical working distance 50cm. 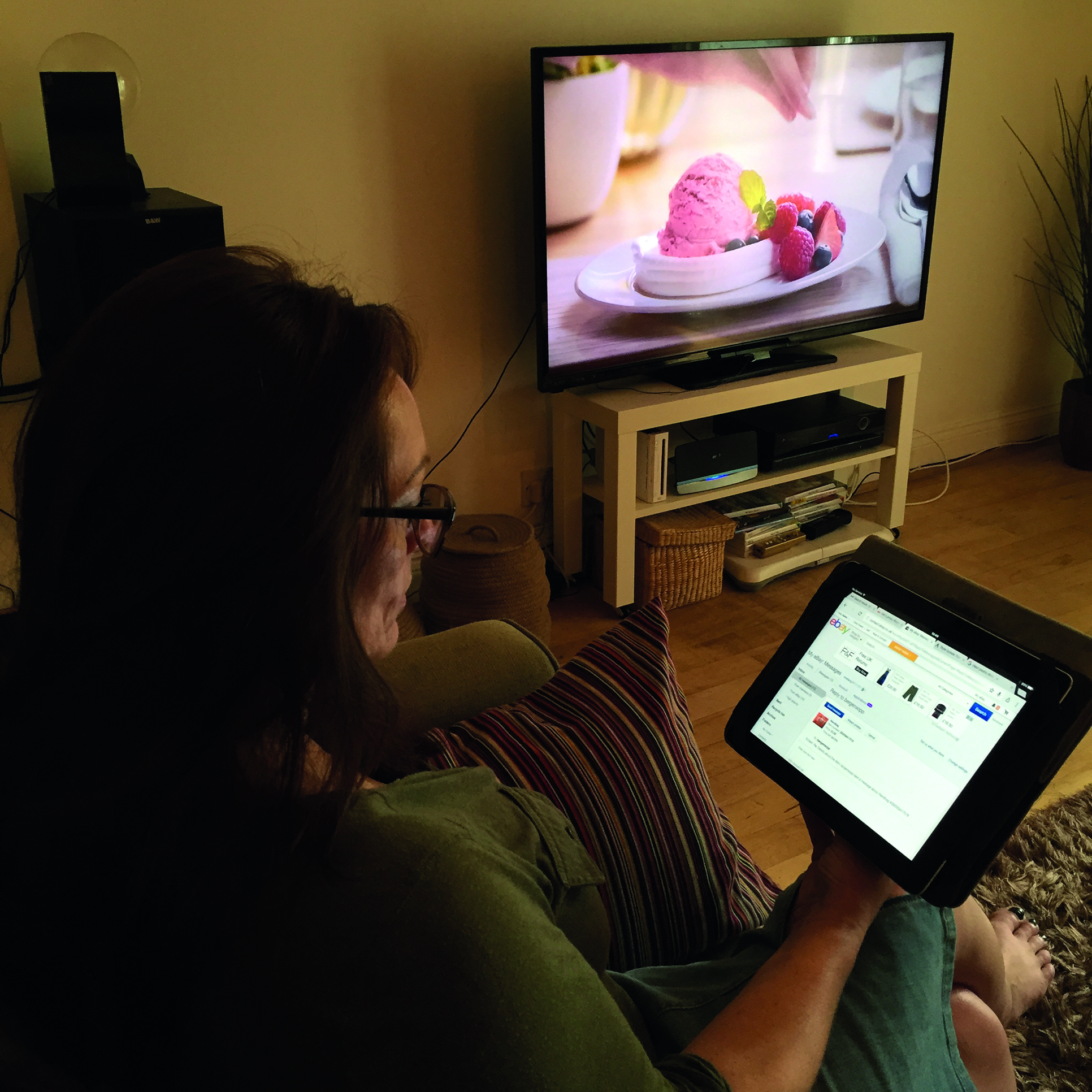 She was anisometropic, had undergone spectacle and occlusion treatment when aged five to seven years, and had worn spectacles sporadically (‘for concentrating’) until aged 35 when she started wearing one-day silicone hydrogel lenses full time (R; +2.00 L; +3.00). Apart from the reported symptoms, vision and comfort were generally good with contact lenses and she was very resistant to the idea of spectacles. Health was good. Patient is a regular smoker of around 20 cigarettes a day.

Cover test showed orthophoria at distance and near and near point of convergence was ‘to nose’.

There was evidence of significant tear instability, with conjunctival and corneal desiccation, irregular tear prism and a fluorescein tear break up averaging four to six seconds on repeat.

All other clinical findings were unremarkable relating to this case.

Management
The above prescription was ordered along with the +0.60DS addition option Eyezen lens.

A few points need to be considered. Prescribing the first reading addition may seem an easy choice but it is worth remembering that, in some cases, this may reduce the already existing ability to accommodate the required amount. A sudden increase in near digital task work can trigger symptoms and contribute to what is now established as the condition ‘digital eye strain’. Even though accommodation here (+5.00DS) should be adequate, a small addition along with advice regarding positioning and lighting should help with the visual symptoms. To be sure this would help it was absolutely essential to confirm the patient was orthophoric at near as any exophoria in a symptomatic patient may actually be made worse by the introduction of an addition.

Contact lens wear seemed to be exacerbating the impact of tear film disruption and evaporation and the patient is now fully aware of the need for regular breaks, improved blinking behaviours, hydration measures, and also that, as well as being linked to the other well-known concerns, smoking is bound to be aggravating the discomfort.

The use of a small addition spectacle lens offered an opportunity to encourage better visual stability in the evening, not only by removing contact lens influences altogether, but perhaps helping improve the pre-ocular humidity. 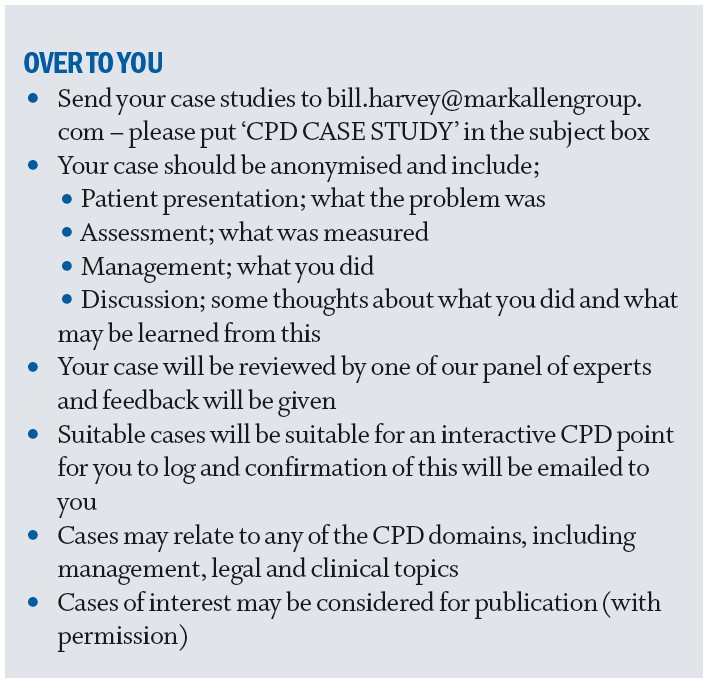 How to approach appraisals

How to approach appraisals

Interview: Back to basics

Interview: Back to basics