In focus: Weak data leaves public in the dark over screen time

The rapid development of myopia in a two-year-old girl in China has put the spotlight back on the screen time debate, with UK health bodies more reluctant that their international counterparts to set limits. Sean Rai-Roche investigates

Concerns surrounding children’s screen time use have re-emerged after a two-year-old child in China was diagnosed with severe myopia following excessive mobile phone use.

According to reports, Xiao Man, from Jiangsu province, was recently told she needed glasses to correct visual acuity of -9.0D.

Reports in the Chinese media said her parents were not strict with her screen use and, from the age of one, allowed her to use a mobile phone to watch TV shows for long periods of time. They later noticed she was squinting, frowning and rubbing her eyes a lot. After taking her to the doctor she was diagnosed, with the parents being told the condition was irreversible and would likely worsen as she grew up.

The practitioner who treated her, Dr Liu Wei, was quick to attribute her myopia to the prolonged and premature use of mobile devices. In the past year China has implemented a number of measures aimed at reducing its myopia epidemic – by 2030 it is predicted that the country would have 137 million myopic school aged children, 55.6% of the school aged population – through limiting and discouraging excessive screen use.

The Chinese government has restricted the amount of time children are allowed to play computer games to one hour per day because of the perceived threat myopia poses to its population. Certain provinces are even banning app-based homework as part of efforts to preserve sight.

The rise in myopia, however, is not something confined to China. Global sight charity Clearly predicts that myopia is set to increase across the world, rising from 300 million affected people today to 500 million by 2050, with most of these being school aged children. While the most dramatic increases in school age myopia are being observed in China and the Far East, many Western countries have also sought to produce guidelines to limit screen use in children, fearing the future health implications of not doing so.

In Australia, children should have no more than two hours of screen time per day and those who are under two years old should have none at all, according to Sydney Children’s Hospital. The Canadian Paediatric Society agrees and has also published advice recommending children younger than two to have no screen time at all.

A similar discourse is present in the US. In 2016, the American Academy of Paediatrics (AAP) suggested limiting screen time to one hour per day for children aged two to five years, with older children subject to ‘consistent limits’. However, the AAP’s recommendations have been questioned by other researchers.

Finally, this year the World Health Organisation (WHO), the UN agency concerned with international public health, has released its first ever guidance on how much screen time young children should have. It said that under-five-year-olds should not spend more than one hour a day watching devices with screens and those under one should have no exposure at all.

‘What we are cautioning on is over-use of those electronic screen times with young children,’ said WHO expert Fiona Bull.
It is important to note that many of the recommended limits set by health bodies are a response to a range of potential conditions – cognitive development, mental health and inertia – and not just eye health.

Children’s health authorities in the UK have stopped short of setting recommended limits on screen time. Earlier this year, the Royal College of Paediatrics and Child Health (RCPCH) issued the first ever guidance on children’s screen time in the UK (see Optician 01.02.19). While it said it was important screen use did not disrupt positive health habits such as sleep and exercise, it did not set any recommended limits and instead encouraged parents to negotiate screen use with their children.

‘There is not enough evidence to confirm that screen time is in itself harmful to child health at any age,’ said the RCPCH in its guidelines.

‘Although there are negative associations between screen time and poor mental health, sleep and fitness, we cannot be sure that these links are causal, or if other factors are causing both negative health outcomes and higher screen time,’ said Dr Max Davie, officer for health promotion for the RCPCH.

One of the issues is that the guidance, which followed a ‘systemic review’ of evidence by University College London (UCL), and the following advice did not fully investigate the relationship between eye health and screen use due to the evidence considered by UCL.

When asked by Optician why the RCPCH stopped short of setting limits and whether it would consider creating a firm policy on the subject, Davie said: ‘There are negative outcomes for excessive screen time, as we outline, but what counts as excessive depends on context… We have also seen no evidence of a direct causal link between screen time and poor vision.’ 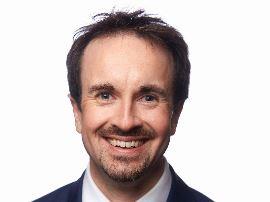 This position was echoed by the College of Optometrists. ‘The College has long advocated that the current evidence-base suggests more time spent on near vision tasks (for example, studying or screen time) does not have a strong influence on myopia development,’ said Daniel Hardiman-McCartney, clinical advisor at the College.

Director of research at the College, Mike Bowen, told Optician there was ‘currently little quality evidence that screen use per se has a negative impact on eye health or vision’. 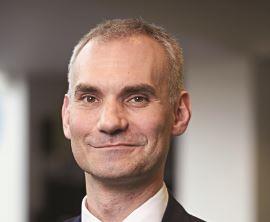 Director of research at the College, Mike Bowen

This stance has not changed since the WHO guidance, either. This is because many people have taken issue with the quality and rigour of the research. The mostly observational study depended on parents reporting the data, with mixed and inconsistent interventions. Most of the studies were graded by the researchers as very low or low-quality evidence, with only some deemed moderate quality.

When Optician last wrote about this issue (01.02.19), both practitioners and UK health bodies were giving slightly different advice, due to a lack of consensus, that risked giving patients mixed messages. While this may not have disastrous effects, given the lack of a causal link between myopia and screen use, it does hinder the industry’s ability to present a universal policy and form a consensus.
Dr Tim Smith of the Centre for Brain and Cognitive Development at Birkbeck, University of London, said parents had been ‘bombarded with conflicting recommendations and guidelines’ and the WHO release ‘does not help to clarify the situation’.

Bowen agreed that presenting questionable evidence to the public was the wrong way to go. ‘Since the evidence is limited on screen use specifically, the College has focused the advice that we issued on the aspects of the evidence base that were stronger, such as time spent outdoors and the wider spectrum of myopia management interventions,’ he said.

Although Bowen ‘welcomed the guidance issued by the WHO, RCPCH and the NHS’, he cautioned putting too much weight behind such recommendations because they tended to investigate the relationship between screen time and overall health, especially mental health, rather than myopia. ‘The College of Optometrists is not aware of any new evidence to suggest screen use is harmful to eyesight,’ but would ‘welcome invitations to participate in future processes to develop clinical consensus statements relating to screen use and child and adolescent health,’ he added.

The RCPCH’s Davie expressed a similar sentiment. In reference to adjusting the RCPCH’s position on screen use, he said: ‘The advice will be reviewed over time and we will respond to any emerging data’.

For now, it looks as if the position of UK health bodies will not change as they await more reliable and robust data. A consensus among medical professionals is helpful only when based on good-quality and rigorous data. However, with rates of screen use in children doubling in the past two years, their hands may be forced to commit to a policy sooner than they would like.

Optometry to the fore