Mike Hale catches up with Russell Bickle, general manager at Shamir UK, to discuss his career to date, the recent takeover of Shamir by EssilorLuxottica, and providing practices with the products they need to endure a financial downturn

There is a broad consensus that the UK lens market is extremely competitive at the moment. So, for the lens companies battling for their share of the pie, it is a good time to have people with genuine experience of both practice and lab work running the show. Russell Bickle, general manager of Shamir, ticks both those boxes having started out as a lab technician, before going on to train as a dispensing optician and work in practice, then switching to work in the industry.

‘I’m definitely a lens geek at heart,’ says Bickle. ‘I think if you’ve been in practice for a long time, you know how great it is to be in front of a patient with a problem that you can offer the right solution to. All the Shamir sales team have worked in practice and I think it gives us a good insight into what people need in terms of products and assistance day-to-day.’

For Bickle, professional life in optics began at Specsavers where he trained to be a lab technician.

‘I worked there for about a year and then I moved to Vision Express and was lab manager for a franchise for quite a while. The lab background gave me a good foundation for working with our production staff. The franchise director at Vision Express encouraged me to qualify as a dispensing optician, which I did via distance learning.’

After qualifying, Bickle worked as a practice manager before deciding to step away from the high street by taking an area sales manager job with Hoya, a role from which he was promoted to regional manager after two years. After five years as regional manager, and a brief return to retail, Bickle joined Seiko as business development manager before joining Shamir as national sales manager at the end of 2018.

For the first year of the Covid-19 pandemic, Bickle headed up a stripped down management team at Shamir UK and, having impressed during that challenging time, was formally appointed general manager at the beginning of 2021.

‘Looking back at the pandemic time is interesting,’ says Bickle. ‘We made the switch to being focused on independents. We had new branding from the global company that worked really nicely with the actual changes we were making to the company. It almost served as something of a product reset for us; we simplified the products on offer and brought in some new ones from the global portfolio as well. To me, Shamir’s strength is cutting edge technology that is easy to use. Even with our top-end products, it is great if a practice gives us all the measurements associated with it because the product will perform to its full capacity. But, if the measurements are not available, the products will still work really well.’

Shamir’s strong reputation for research and development (R&D) was a key factor in EssilorLuxottica acquiring the remaining 50% stake in the company to take full ownership. What does the buyout mean for Shamir’s customers in the UK?

‘There’s been no change so far and we don’t see there being much ahead either,’ says Bickle. ‘They see us as an R&D-heavy company, but one that, with the right investment, could be three times the size. Their thing for us is to keep doing the R&D, keep bringing out those innovative products and we’ll invest in that, which is great because they don’t see us as having so much overlap with the other companies in the portfolio. Initially, I thought we might get lost in the company, but it hasn’t been like that at all.’

Instead, Shamir UK is gearing up to play its part in the company’s expansion.

‘We’ve just appointed a new national sales manager to replace my old role,’ says Bickle. ‘We’ve got a new digital marketing specialist coming in. There’s investment in the national business and investment from us to opticians in the UK.’

Meanwhile, the global company R&D will still be driven by a dedicated team in Israel.

‘It is R&D all the time there,’ says Bickle. ‘There’s been a flow of innovative products that have emerged from their projects. We had a progressive design, for example, that was designed using smartphone data to work out what a customer would need over the few weeks before their appointment. Then, they did big data research that could inform lens design and had separate workgroups competing to implement it best. The R&D department is always trying to bring something new to the table and upgrade existing products. Autograph Intelligence only came out in 2019 and it was upgraded with a redesign at the end of 2021.’

Metaform to the fore

An example of the sort of product generated by Shamir’s R&D is Metaform, a nano-structure lens technology that won a Silmo d’Or award in October 2022. Metaform works by 3D thermo-fusing the company’s Preform overlay, which then acts as a built-in coating with a range of optical and physical properties, to any lens. Preform is made up of two parts. First, the optical film, which offers impact resistance qualities that allow for lighter and thinner lenses. Second, the coating structure, which is optimised by algorithms to ensure precise and uniform distribution of the desired optical properties.

‘It makes it thinner, lighter and much stronger,’ says Bickle. ‘Metaform is up to 40% thinner and lighter in a minus lens and is stronger for all indices in impact resistance. It’s actually 18 times stronger than the FDA standard spectacle lenses. The film holding the lens together means we can make it thinner. It’s like a laminated windscreen in motor vehicles.

‘There’s also a big advantage in that we need a lot less power in the manufacturing process. It is a big step forward in achieving true sustainability. The process uses a lot less water and we don’t need as much coating material either. I think eventually this will be how everyone does coatings. We’ve seen some really good results with it. We’ve actually run it for our 50th anniversary celebration at the same price as our normal coating and the people that use it, love it.’

In terms of supporting practice staff with Metaform, Bickle feels that the product’s performance can best speak for itself.

‘We have our sales team visiting practices and, obviously, we do online education with people too. A simple way of looking at it is to focus on communicating to practice staff what benefits are to their patients. Keep it as simple as possible. Where the product sits in the market and what it does without excessive technical detail. It’s extremely easy if you work in optics to forget how little most patients understand. We like to keep messaging really simple and clear for practice staff to pass on to them. The important thing is that they try a pair because, once they’ve got it on, the benefits are made clear.’ 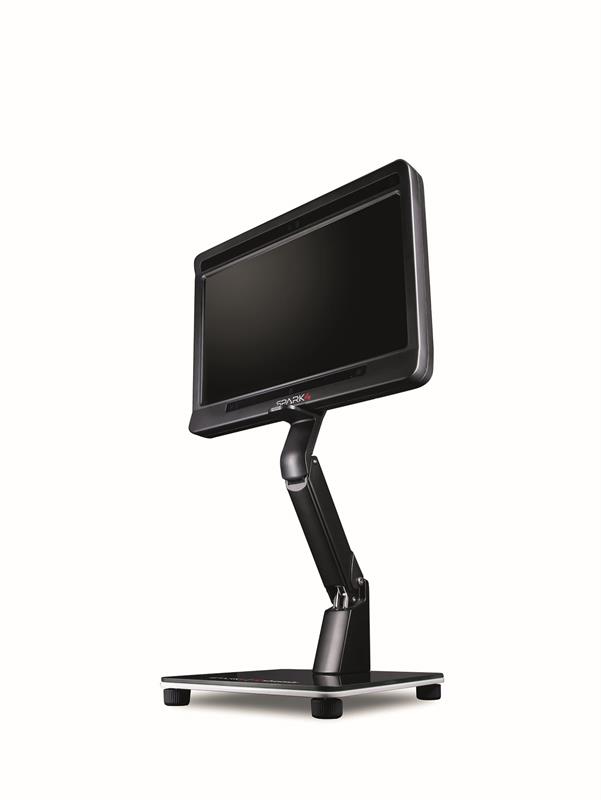 In another boost to its UK customers, Shamir launched the latest edition of its measurement system, Spark 4, at the beginning of November 2022.

‘It’s a small, self-contained unit that can also physically connect into the practice computer system if they want,’ says Bickle. ‘It’s very small, not a big unit, so it doesn’t take up floor space in your practice. The device can sit on one of your dispensing desks and is very easy to use.’

Bickle moved into his first industry role in 2008 when a global financial crisis was unfolding. Optics, at least in the UK, was fairly resistant to that period of recession, so is there cause for any optimism with the economic environment deteriorating once more?

‘I think you have to offer good quality and good value, I don’t think it is the time to suddenly start slashing prices across the board. Certainly for independent practices, I don’t think that’s the right move. Some people will have to tighten their belts but I don’t necessarily think it’s going to be terrible across the industry. I think we’ll see a trend that people that want and need glasses will still want good quality.

‘Optics rode well through the 2008 financial crisis and, more recently, the pandemic. I see the potential to do something similar here. And I think for us, a smaller company in the UK, we can react and adapt very quickly. I see it as an opportunity to do more to help practices.’

In Focus: Investing in opportunities