Innovation in optics means there’s a constant stream of ideas for higher levels of clinical care and new products to improve the everyday lives of patients. But some of these ideas and concepts outrival others and some simply try to fix problems that don’t exist. We’ve seen our fair share of eyebrow raising ideas over the past decade, but these are our personal favourites.

Talking out of your Glass

It’s easy to say with the benefit of nearly a decade’s worth of hindsight, but Google’s Glass smart device concept was never going to work as a mainstream optical appliance; it wasn’t even designed with a lens. It was a grey, single piece bar with an integrated nose bridge and a whopping battery pack and projector on the right-side temple; aesthetically pleasing, it wasn’t. Even Luxottica former chairman and founder Leonardo Del Vecchio, whose company had signed a deal with Google at the time, said it wasn’t the sort of thing he would ‘wear to the disco.’ Quite.

Glass started to capture the imagination of optics when a handful of companies, and Google itself, started to produce front silhouettes that attached to the frame, but most made people look like jewellers wearing a head-mounted loupe.

It’s hard to say if it was the concern around privacy and being recorded without permission that did it in for Google Glass, or whether it was the total lack of consideration for the optical industry. Hopefully, Google will have learned a few lessons when the inevitable follow up product arrives.

When a raft of anti-fogging lenses and treatments came to market in late 2011 and early 2012, it was hard to see who the products were for? Celebrity chef James Martin made a compelling case for chefs at the launch of Essilor’s Optifog product at an event in London, but it was a niche example. Entering hot pubs in the depths of winter was sometimes an issue for people, but that didn’t really need the ophthalmic lens industry to mobilise a coordinated response.

It’s unclear whether lens manufacturers were able to use stockpiles of unsold anti-fog products to respond to the genuine issue of fogging lenses when wearing facemasks during the Covid-19 pandemic.

Filtration of blue light was another issue that had a resurgence during the pandemic as millions of people around the world worked from home during lockdowns. But for optics, blue light had its moment in the sun around the turn of the last decade when the smart device market was at its peak, and everyone was poking each other on Facebook late into the night.

There wasn’t an ophthalmic lens supplier that didn’t have a lens to filter blue light and many optical businesses were keen to warn the public about the ‘dangers’ and ‘damage’ blue light could have on their eyes. The problem was, there was no research to support the theory that blue light emitted by these devices could damage the eyes, something which was not lost on the Advertising Standards Authority when it ruled against Boots Opticians for overstating claims. The General Optical Council also fined the multiple.

Following those decisions, the responsible parts of the optical industry retreated from blue light discussions. This opened the door for a slew of online retailers and Amazon sellers, which is where the public went for their ‘computer glasses’ when everyone worked from home. 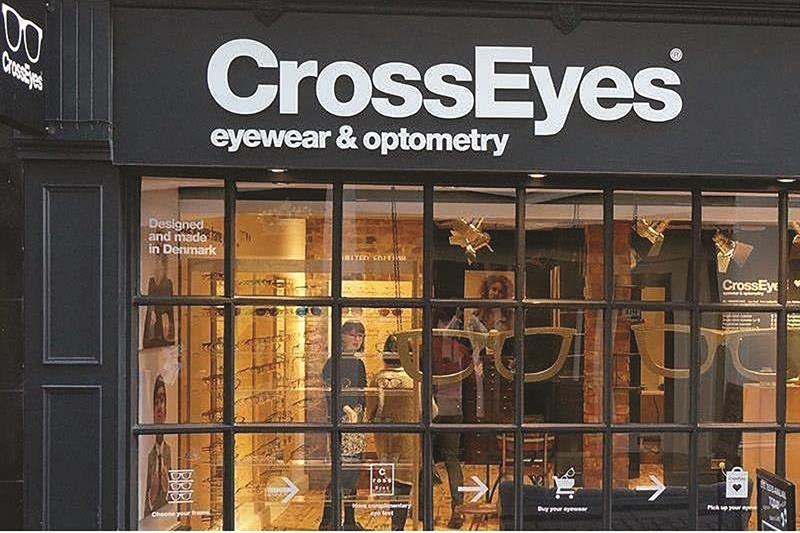 When Danish direct to consumer eyewear brand Crosseyes entered the UK market in 2014, it promised so much. Scandinavian style, simple pricing and a totally different proposition to other traditional opticians. For a while, the company’s joint venture partners were able to deliver on those promises and there was genuine expansion, with 13 locations throughout the UK.

That expansion didn’t last for long, as disquiet quickly grew among franchise owners around quality of frames they were receiving and the costs they were being charged for them. With several partners taking legal action against the parent company in Denmark, CEO and founder Søren Møller declared it bankrupt, and set up a new one just days later.

With everything going on, Tom Davies thinks we could all do with some positivity